The primary focus of the BID is to provide a clean, safe, and vibrant environment within this remarkable neighborhood, and to retain and attract businesses to the Golden Triangle.

The Golden Triangle Business Improvement District is an award-winning non-profit 501(c)(6) corporation that works to enhance the Golden Triangle — the 44-square-block neighborhood that stretches from Dupont Circle to Pennsylvania Avenue.

Founded in 1997, the Golden Triangle BID encourages economic development through capital improvement projects, a variety of engaging events, and public art projects. The BID also strives to increase the quality of life through public safety and maintenance services. The BID is funded by a special tax that is paid by property owners within the neighborhood. The Golden Triangle BID’s operating budget for FY2019 is $5,663,275 and can be divided as follows: $2,541,268 for Ambassador and Safe and Secure Programs; $694,492 for Public Realm; $1,122,482 for Research/Economic Development/Marketing/Events; and $1,305,033 for Administration and Professional Services.

The BID connects its members to numerous resources, events, and information in and around the neighborhood. The staff serve as the first point of contact for member questions and issues and act as a key liaison between businesses and many city agencies. Together with corporate and government partners, the BID develops and implements programs that strengthen the vitality of the Golden Triangle. The BID is dedicated to making the Golden Triangle a great place to live, work, and play.

In 2019, the Golden Triangle was awarded LEED Platinum, the highest level of LEED certification, by the U.S. Green Building Council. It is the first BID in the world to be certified through the LEED for Communities program.

More information about the Golden Triangle Charitable Corporation, the BID’s 501(c)(3) affiliate, can be found at www.goldentrianglecharity.org.

The DowntownDC Business Improvement District (“DBID”) and the Golden Triangle Business Improvement District (“GTBID”) are seeking proposals for a Project Manager (“Consultant”) to manage a seven-month process to draft a new Downtown / Golden Triangle Action Agenda (Action Agenda) to reimagine and guide the recovery of the Downtown / Golden Triangle areas and set the stage for its strong contribution to the District and regional economies for the next ten to fifteen years. The Project Manager will oversee the project including drafting an RFP for an Economic Development Consultant (“EDC”), who will provide the analysis, create content, and provide recommendations for the Action Agenda.

The overall goal of the Action Agenda is to reimagine the Downtown / Golden Triangle areas, particularly given the impacts of the pandemic and evolving economy, and to set the stage for growth, vibrancy and a strong tax base by creating a responsive, catalytic, inclusive, equitable and dynamic renewal plan for the Downtown / Golden Triangle areas. It is a unique opportunity to rethink how people live, work, and play in a sustainable, healthy environment and positions the area as thought leader for the transformation of downtowns across the country.

The Golden Triangle BID hosted its annual meeting in July 2022 and unveiled a new strategic plan outlining the BID’s vision for the future.

Learn More About The Golden Triangle 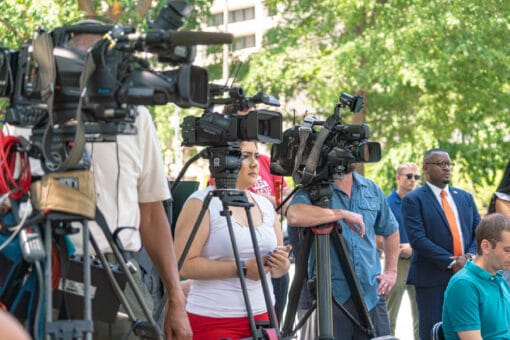 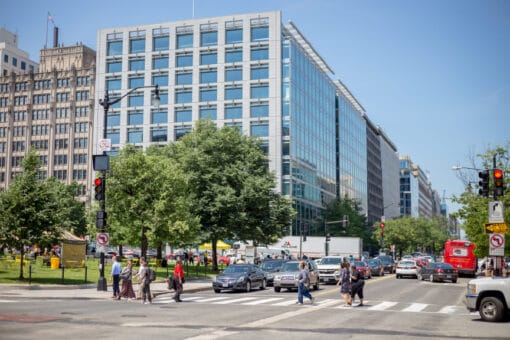 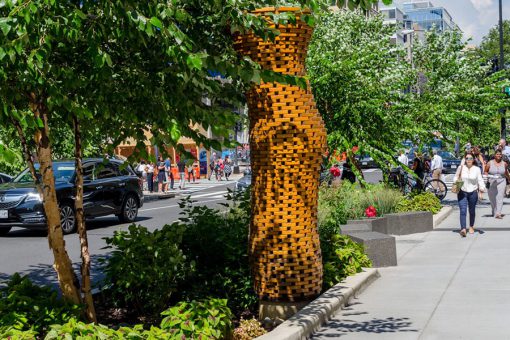