The 2021 Golden Haiku competition was a record-breaking year. We received entries from 60 countries, 49 states, and the District of Columbia. Over 2,800 haiku were received, including 200 submissions from talented poets under the age of 18, as part of this year’s new Youth category. Winning poems can be seen on colorful signs throughout the Golden Triangle through April 2021.

All entries were reviewed and judged by a distinguished panel of published haiku experts including Abigail Friedman, Kit Pancoast Nagamura, and John Stevenson. 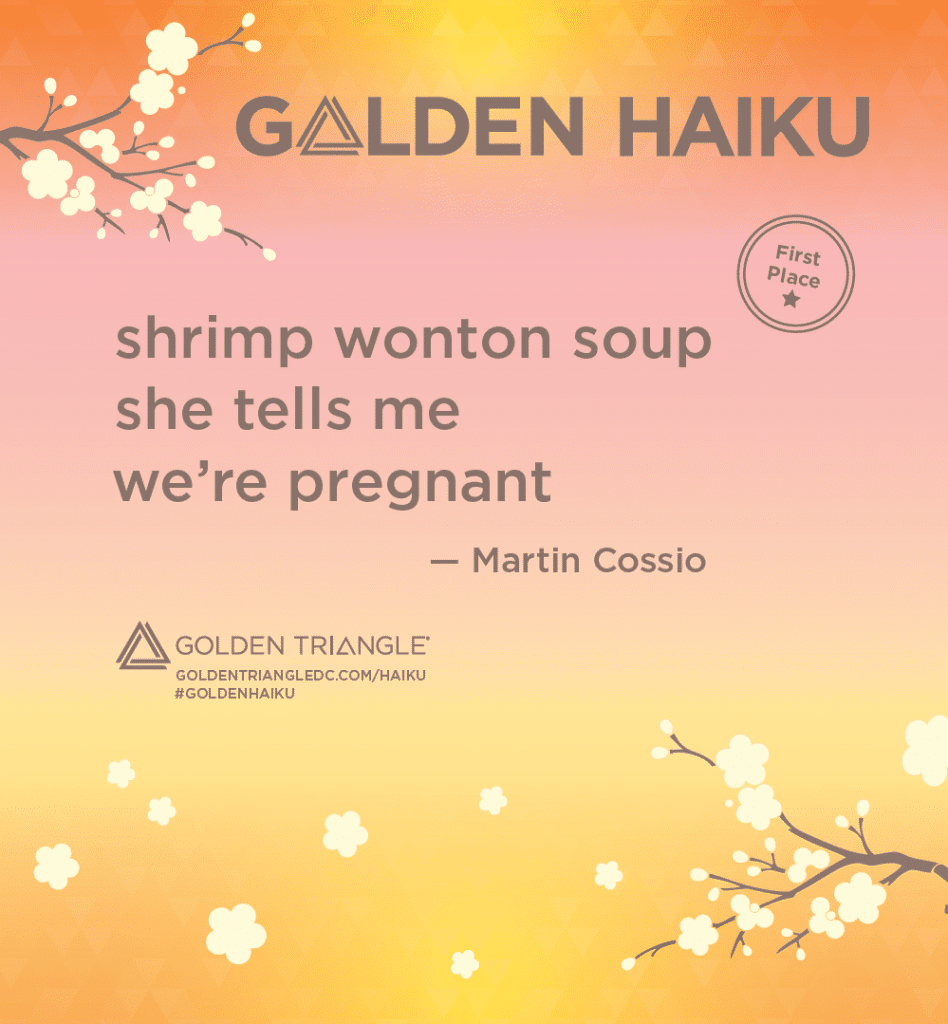 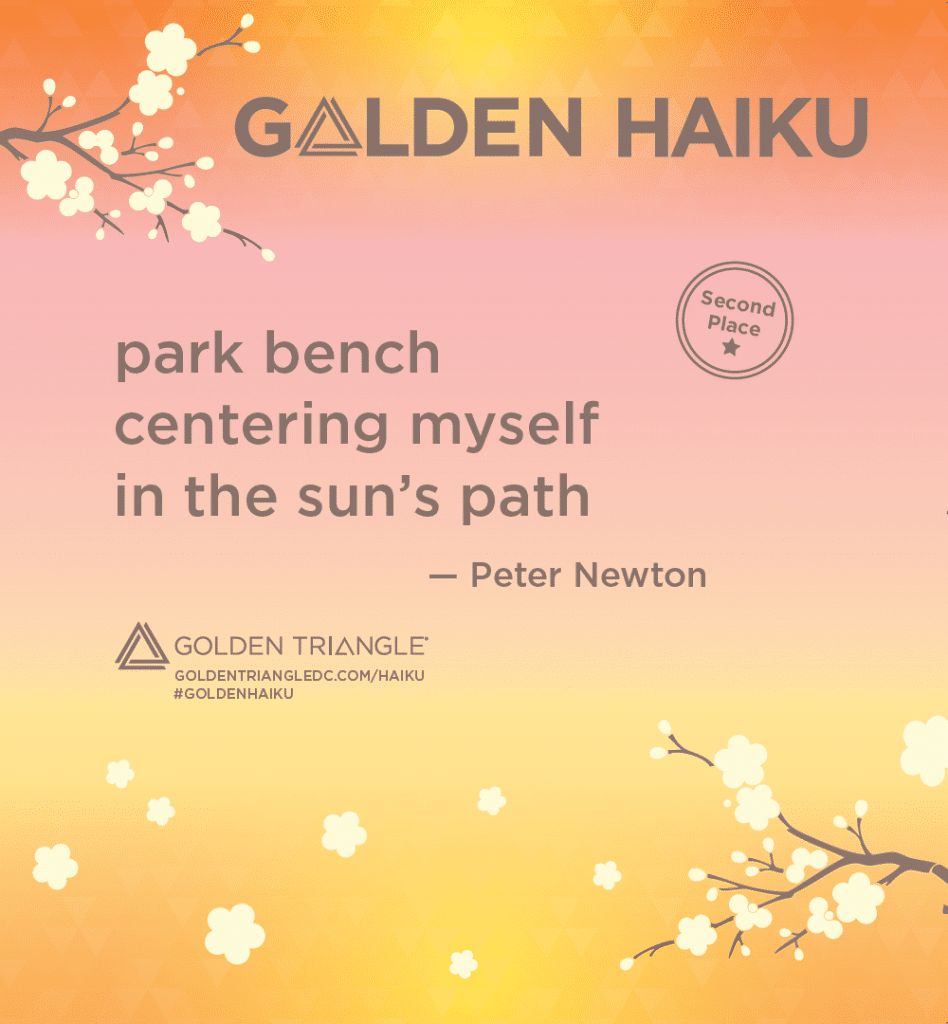 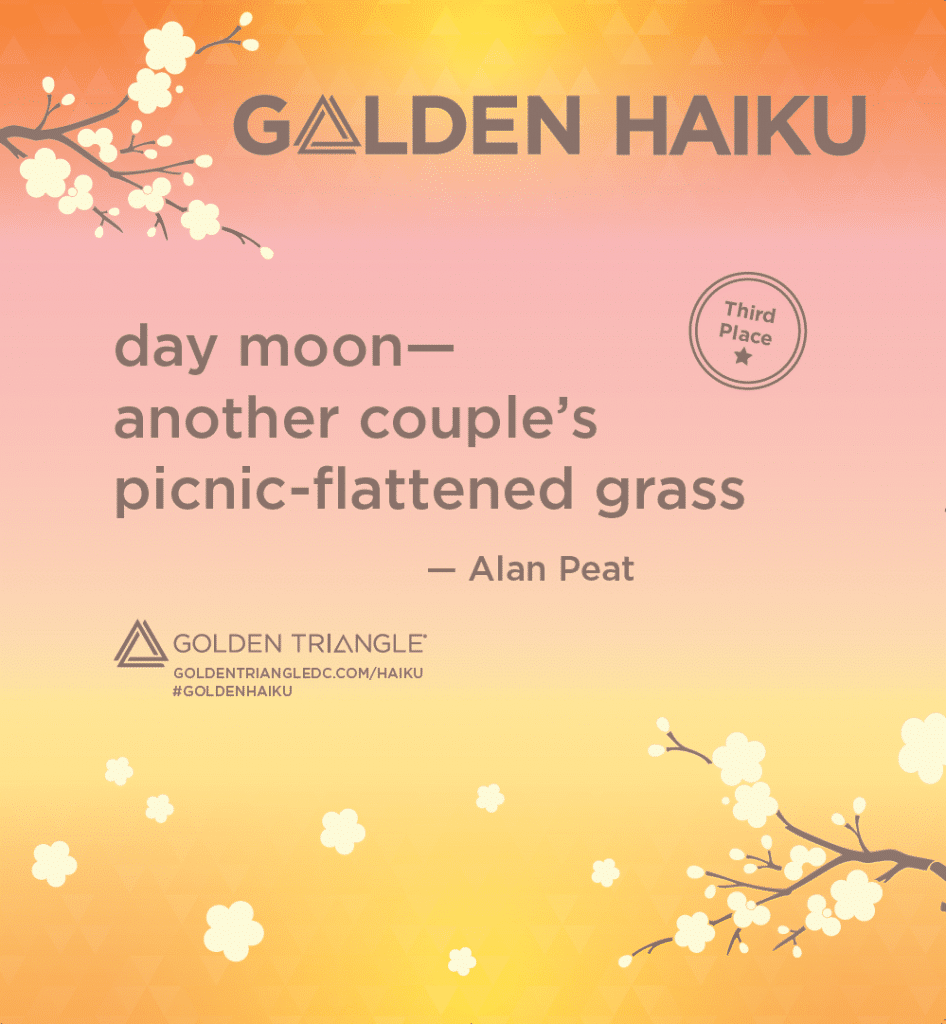 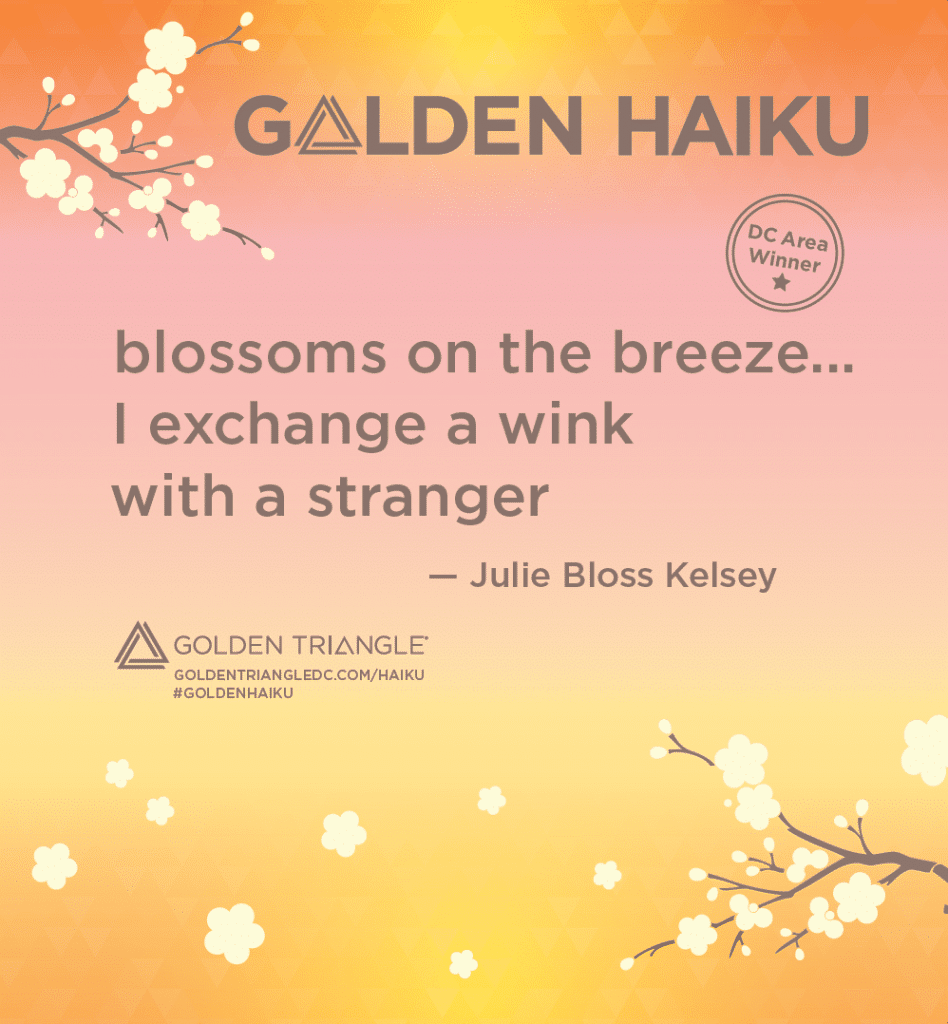 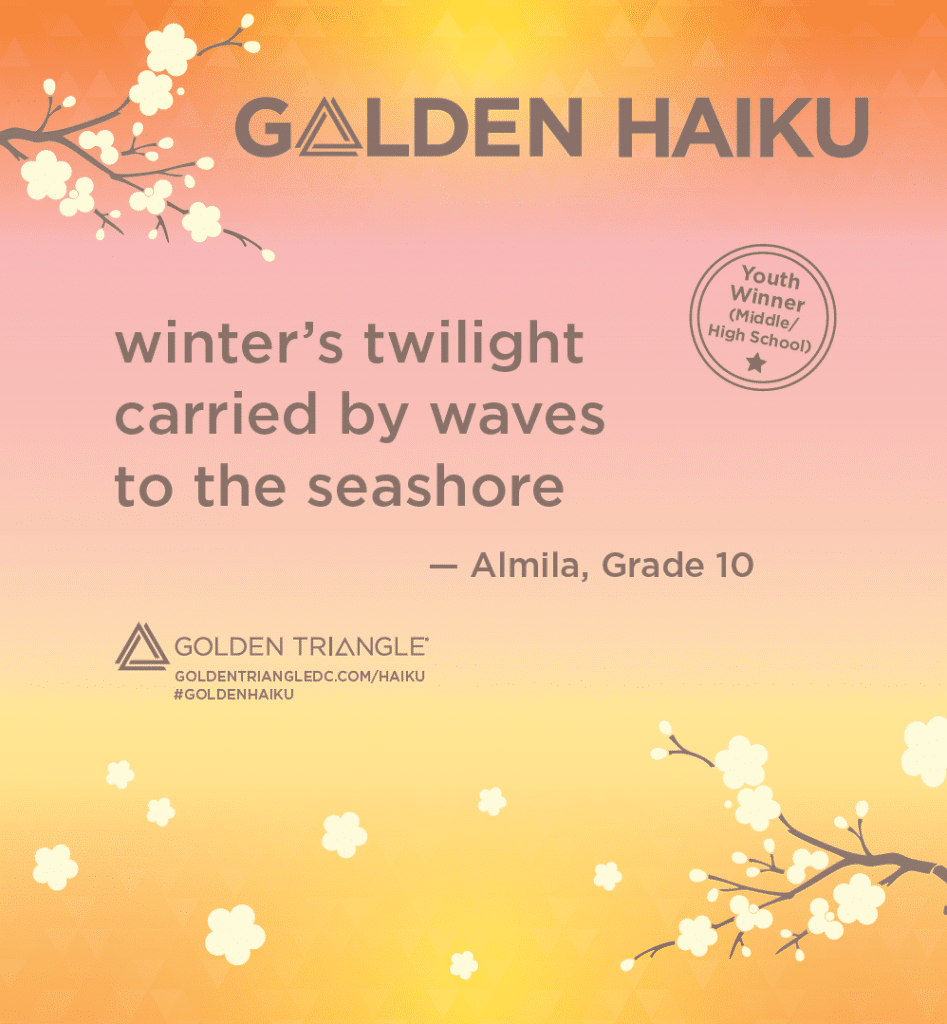 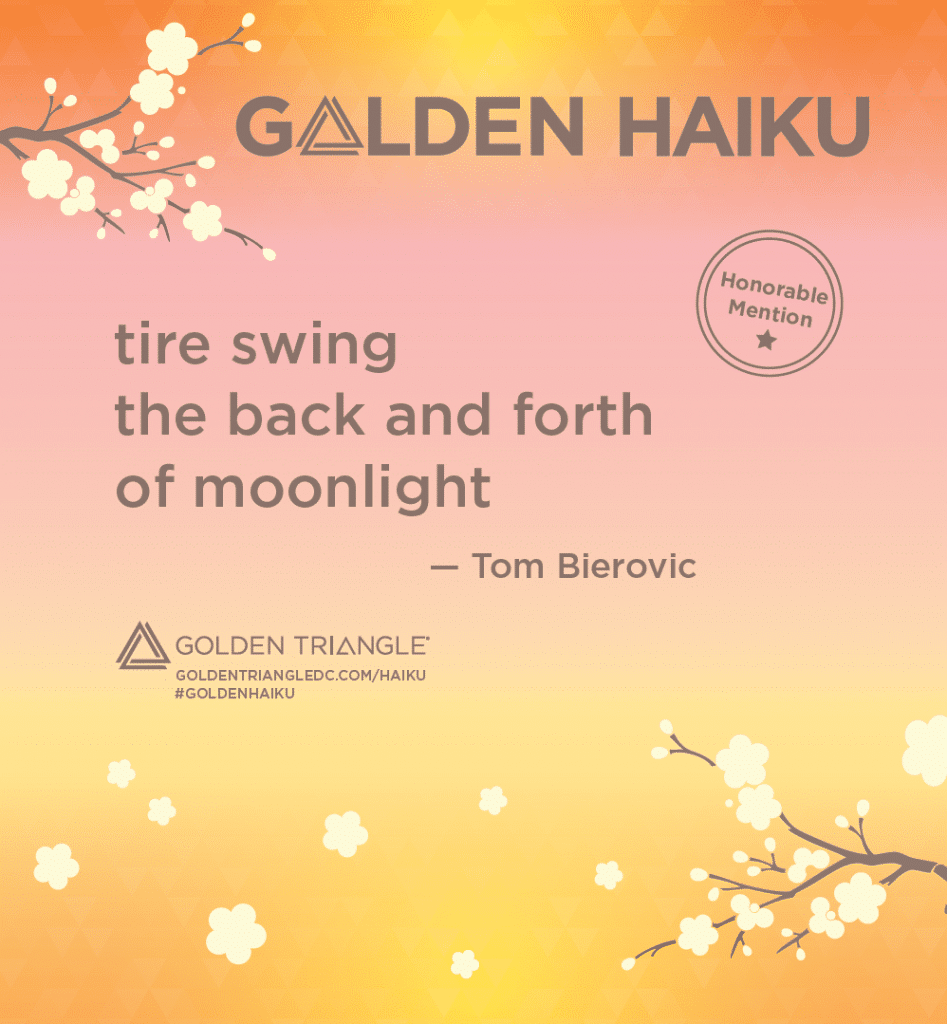 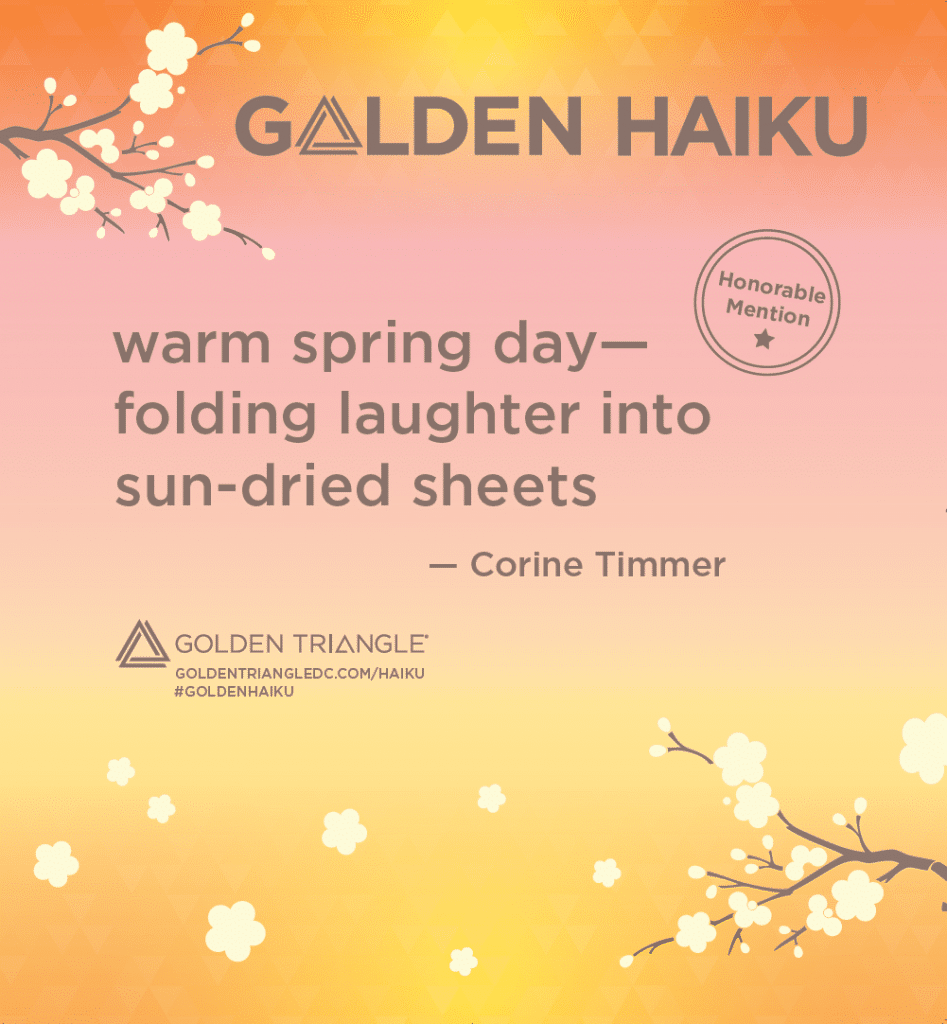